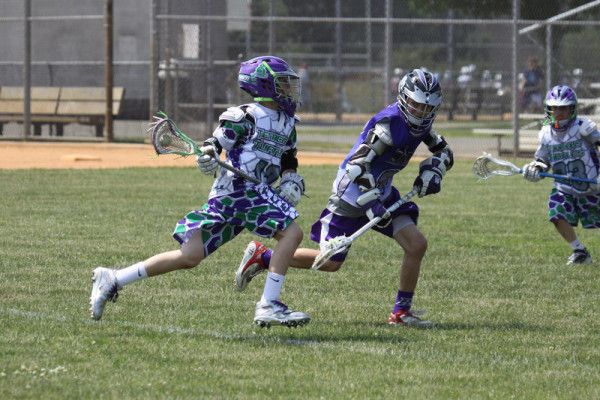 Spend less time in the car, searching for the best. Spend your time on the field or on the wall, trying to BECOME the best.

EDITOR’S NOTE: This article originally entitled, ‘Youth Lacrosse Problems… And Solutions’ was published in 2014. It has been repurposed to best serve the lacrosse community.

This fall we have all read a number of articles talking about youth lacrosse problems, and problems that face almost all youth sports. The specific topics covered were diverse, and the entire collection of readable material paints an interesting picture.

Sports Illustrated’s Chris Ballard wrote a piece for ExperienceLife.com about putting fun back into youth sports. US Lacrosse posted a story about the 15 keys to selecting a youth lacrosse program. Lacrosse Magazine posted an article about “taking a break to prevent injuries“. Trevor Tierney posted an article about how pursuing wins can hinder development. Even the NY Times got in on the action, and in June they published a story by David Epstein titled Sports Should Be Child’s Play.

All of these articles address youth lacrosse problems in one way or another, and all of them provide useful perspective and guidance for parents, coaches, and players. Give them a read to really get to know what’s going on out there before you continue on below to my opinions and observations on the matter.

When it comes to problems in youth lacrosse, there are many, but the majority of them have been around in one form or another for decades. So what are the major problems facing youth lacrosse? 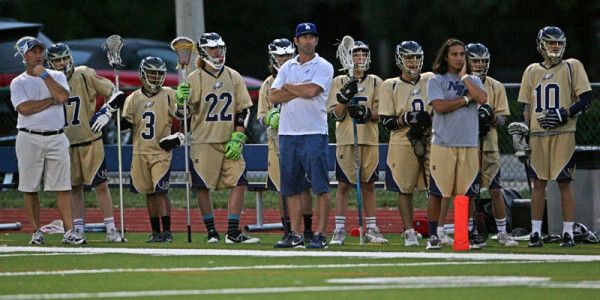 There are more players today than there are experienced coaches. The same is often true with referees. As our sport has grown, demand has simply outstripped supply. Good coaching is a valuable commodity, and parents and players feel the pressure to find it however they can. Sometimes this means joining an elite travel team. Sometimes it means making weekly road trips in the family car of over an hour for practice under “good coaches”. Sometimes it means giving up the sport altogether to either focus on something else or find something new and enjoyable.

The other major problem with coaching is “big name” vs “not big name”. People are entranced by big name players and coaches, and have been for a long time. Many of the materials that teams send out to prospective players hits on their coaching staff and its many big name players. But that doesn’t always mean great coaching. Sometimes it just means great marketing! Does the big name player coach a lot? Is this their profession? Will they be there for events? Or is their name just being used?

If a club team has 14 teams and seven really big time coaches, are you guaranteed to get one or more of them? Or will you get a local college drop out who is just coaching for now to pay the bills? Maybe that college drop out will be a superb coach… but have you ever heard of him or her before? Could the big name be an awful coach? Could the director never show up to your child’s team’s events? It’s all possible and confusing, and a major problem. 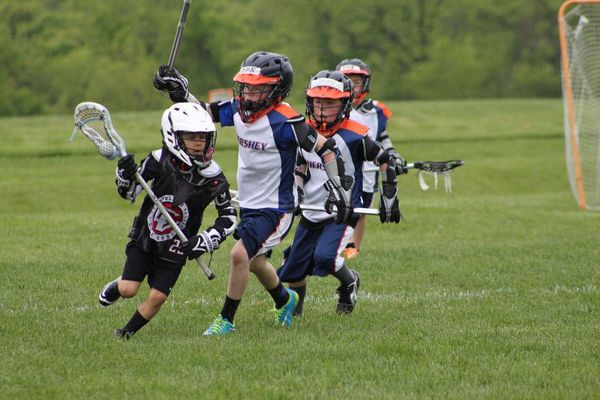 Pressure used to occur in the form of direct head-to-head competition. I wanted to be better than my friend Rob, he wanted to be better than me, and we both played for the same town team, as it was our only option. Nowadays, Rob and I would still be locked in competition, but we would probably play for different club programs, and we would base a lot of our supposed success off of how good “our” program was. We no longer compare two players with peer pressure, but entire programs, their reputuations, tourney wins, famous alumni, and coaching staffs. This latter peer pressure makes everything seem bigger than it really is.

There is also pressure to play “better” competition, and not just in a league with “a couple town teams”. A town league is fine for beginners, but once your kid hits the 4th grade, it’s time for travel lacrosse! We need to travel to play the other best kids out there, right? The peer pressure of today says yes, you absolutely need to do that.

Keeping up with the Joneses used to be about the family next door, now it’s about keeping up with any person named Jones anywhere in the country. Who cares if your kid is better than the Jones next door… there is a Jones in Oregon that is still better! That attitude is simply not healthy in my estimation, as someone out there is ALWAYS going to be better than you in some way. Why extend it so far, and at such a young age? This is one of the major contributors to youth lacrosse problems in the U.S.

The Crush Of Gear

You used to sign up for youth sports and you got your uniform on the first day of practice. It was usually pretty basic (because you’re a kid), and your greatest hope was that the jersey would actually fit you. Didn’t get “your” number? Tough luck, kid. It’s just a number, and you’re 11 years old. I think you’ll be ok.

But now? Forget about it. Kids see basic uniforms, or don’t get the number they want and it’s game over. Parents can be irate that their kids are wearing mesh jerseys and don’t get team shorts. No custom helmets? Well, looks like we’re playing for someone else! Really? REALLY? Since when did youth sports become all about gear and uniforms? Why do more people ask about custom bags than ask about your development plan for their kids?

It’s because we are all being sold a false bill of goods. Look good, play good is the bane of my existence, and it’s totally backwards. Play good, look good is the way it used to be. Teams with ugly uniforms that won games looked good. Teams that lost games looked bad, no matter what their choice of uniform happened to be. The focus was on playing the game, not walking down a runway, turning, and sashaying away. Do I blame gear companies for this? To a certain extent, yes. But I really blame the coaches and club team organizers, because they don’t have to buy in to all that stuff.

Look at the Duke’s LC outside of Philly. No custom helmets, no custom gloves, no swag. No sublimation, no team shorts, no silly BS. They wear navy mesh reversibles that say “Duke’s” on them in white and have a number. That’s about it. Their “swag” comes from their talent. Kids want that Duke’s pinnie because it stinks of success, and not fashion. Duke’s has made their mesh pinnie cool, they aren’t cool because of their pinnie! To me, that’s an important distinction. 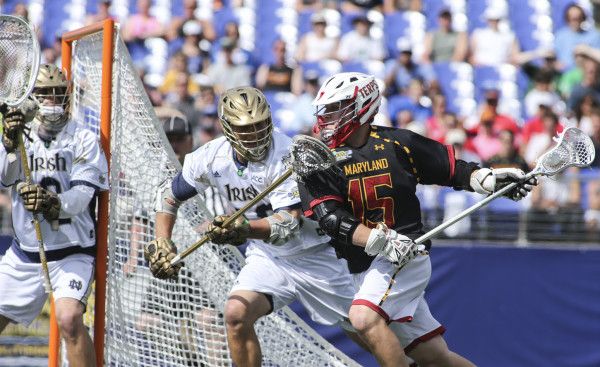 I still hear parents talk about lacrosse scholarships like they grow on trees. They do not. Many D1 schools offer scholarships, but many do not due to league restricitions or funding issues. If you average it out, there are maybe 180 12.5 total, 3 per class, 67 teams) scholarships per class of kid at the D1 level. With around 1300-1400 D1 freshmen going through the ringer each year (20 per team, 67 teams), less than 15% of the kids are getting money. Freshmen, unless they are highly talented, also rarely get any dollars, so even that 15% is high.

Then look at these scholarships overall when compared to how many potential lacrosse players there are out there in any class on any given year. You have as many as 10,000 kids looking to play college lacrosse, and they are all vying for only 180 potential scholarship spots? You’re down to 1-2% of the players now getting money. The lure of scholarships should not even be discussed! It’s a rare thing, a shot in the dark, and a deep hope. It is NOT why any child should be playing lacrosse.

To me, Quality Coaching (or a lack thereof), Peer Pressure to keep up, a huge focus on Gear, and the Lies of Scholarships are the main problems facing youth lacrosse. They corrupt what should be a fun and engaging experience for kids in many different ways. They detract from the importance of improvement, teamwork, and community and bring unneeded and harmful competition into everything.

So what can we do about it?

When it comes to Coaching, parents need to get re-involved in their kids’ lives. If you can spend countless hours sitting in a car on the way to practices and tournaments, and you can spend additional hours on the sidelines watching, you can find the time to get involved and help your local lacrosse scene. And before you say, “I never played lacrosse, so I can’t coach,” let me tell you right now that this statement is 100% false.

Mike Daly has won two national titles as the Head Coach for Tufts University. He played at Tufts, but he didn’t play lacrosse, he played baseball. Erin Quinn won three straight national titles as the head coach at Middlebury. He never played lacrosse either. Dom Starsia learned the game in college, and so did a number of other top D1 coaches. If they can do it at that level, YOU can learn how to coach 12 year olds. That is a fact.

If you don’t feel like you can coach your own kids, then coach up or down an age bracket. Hopefully, another dedicated mom or dad will do the same thing and coach your kids. Don’t want to coach? Be a team manager and help out in other ways, like organizing. Get involved, and not as a member of the sideline parent cabal. Get involved as a coach or volunteer. Time is your most valuable gift, so give it to your kids!

Peer Pressure can be a little harder to deal with. It takes time to see truly inarguable results, and when the Jones family comes home from a great weekend of tryouts, and you can feel yourself slipping, even if you’re not. In reality, you’re not slipping at all. But you tell yourself that you are.

Avoid this lack of self confidence! If the Jones family just spent an hour in the car, then two hours for a tryout or practice, and then another hour sitting in traffic, and your kid spent ALL of that time playing wall ball, or playing mini lacrosse in the park with friends, the Jones family is actually playing catch up to YOU. Look at the Thompsons, look at the Powells. They all got good by playing the game A LOT, and not just for club teams. The backyard lacrosse they played paid off in a big way, and it can work for you too.

It takes a certain passion for the game to be able to have the drive to play that much lacrosse. A gratitude, if you will. These are the people who can’t stay away from the game even after their playing days are over. Take the Powell family, for example. The Powell’s started Powell Lacrosse, to help provide top-of-the-line gear to the masses of lacrosse players that they knew would need to play well and look good doing it. They love the game so much that they are making their post-playing career work to stay involved in lacrosse.