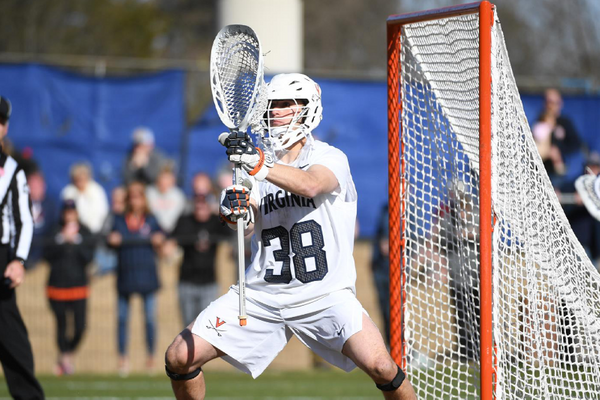 2019 - "Despite earning the starting position for much of last season, we are witnessing both a new level of stopping the ball and accuracy with outlet passes that characterize a newfound approach to being an elite athlete." 2018 - “A first-year goalie, this mild-mannered, unassuming young man off the field transforms himself once he steps into the crease. It is both this presence and Alex’s shot-stopping abilities that builds his teammates’ confidence in him. The poise belies his youth, yet it is clearly evident. Alex is also demonstrating the dexterity to quickly and accurately release the ball with his outlet passing after a save. Alex is in the thick of the competition for the starting position in our goal.”

• Posted an 8-6 record as a freshman goalie

• Made first collegiate start against Princeton

• His 138 saves places him No. 4 all-time among UVA freshman goalies

• Made 15 saves against Syracuse

• Maryland Interscholastic Athletic Association Goalie of the Year in 2017

• All-Maryland Interscholastic Athletic Association in 2016 and 2017